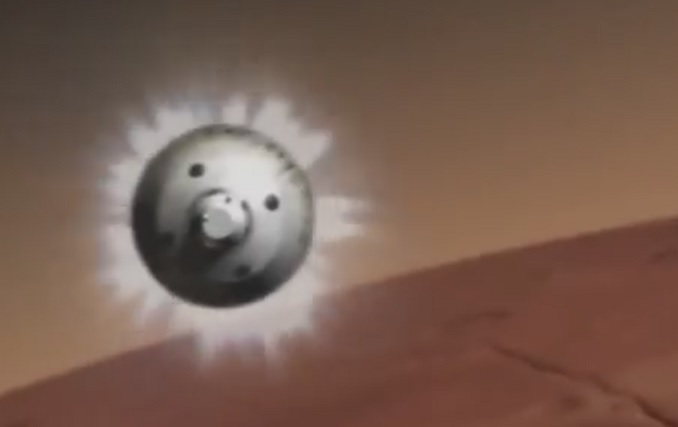 One year ago today NASA and JPL’s Curiosity rover made an epic landing on the surface of Mars.  If you have never seen the video of Curiosity landing I highly recommend you watch the animation of how it landed.

In just one year the rover mission has found:

High levels of radiation that could pose human health risks.

No detectable methane which tells us there is little to no evidence of continued life on Mars.

Curiosity has found evidence that Mars at one point in time had all the necessary chemistry to support life.