I recently built a bike with a motor attached to it, it was a good bit of fun to put together. 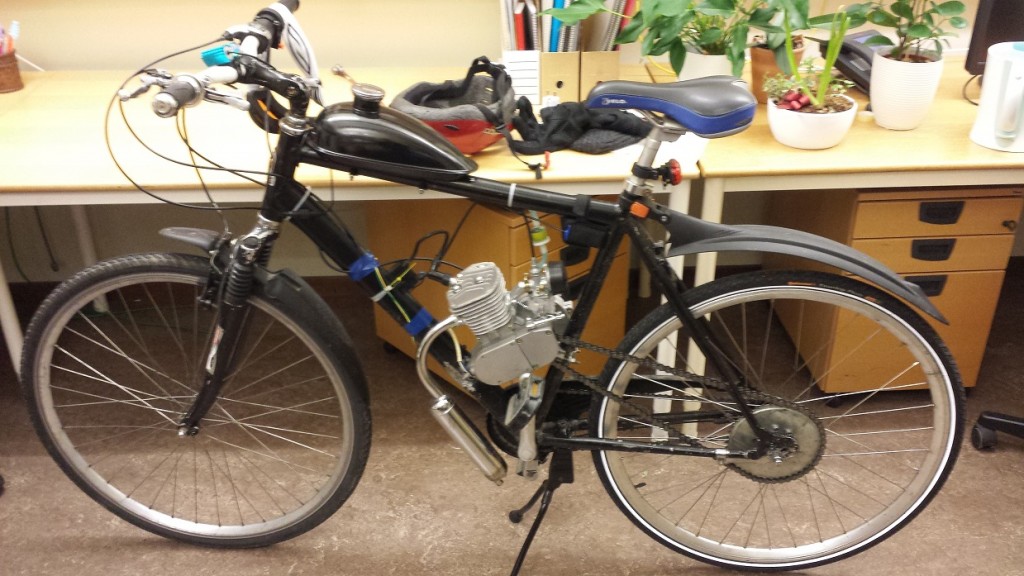 You can buy all the parts off of ebay and there was nothing overly complicated. If you know how to change the belts in a car then you can easily put this together. The one thing that caused trouble was the type of bike that I used. I found a very cheap bike someone was selling second hand, the problem with this bike is it had all the gears built directly into the hub of the back wheel. The reason this caused a problem is the center hole in the drive sprocket was not large enough to fit over the larger hub gear set. I fixed this by having a guy at work lathe out the center of the sprocket so that it would fit. 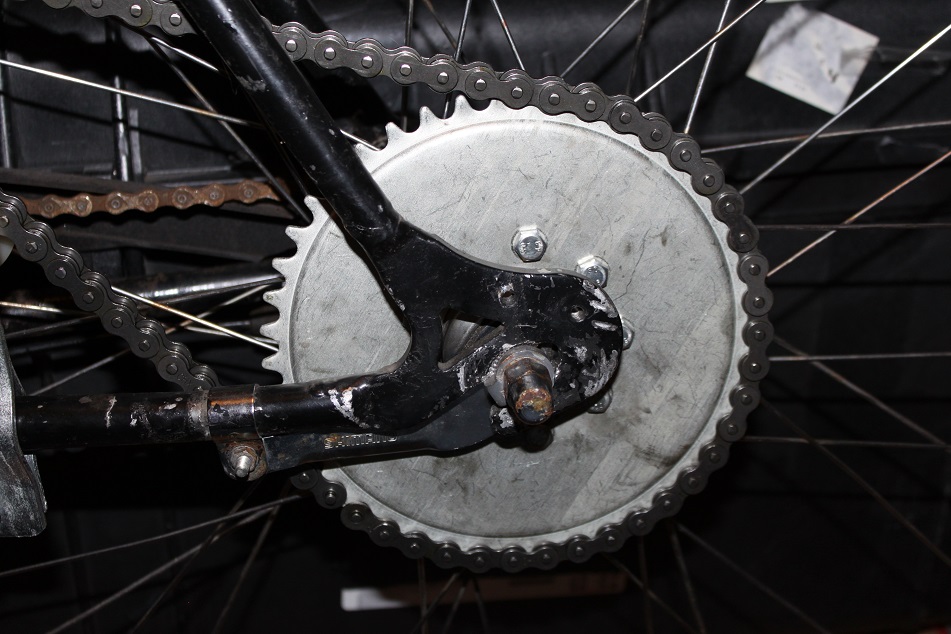 The next problem I encountered was with the chain tensioner I was using. The tensioner was not designed very well and would slip on my frame and would not supply constant pressure to the chain. On the first ride I did with the bike the chain slid off the sprocket, rubbing on the wheel, this broke nearly all of the spokes on my bike wheel. I fixed this by removing a linkage and over tightening the chain, not prefect but it works. 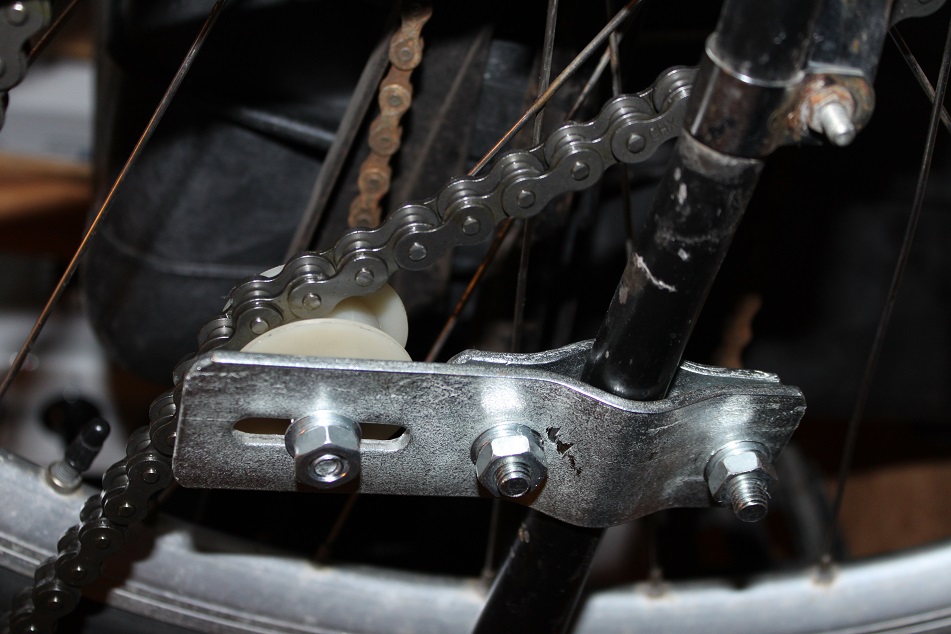 However, the rest of the build was fairly straight forward, with some minor modifications to the frame using a drill, rotary tool, and saw the engine was mounted. 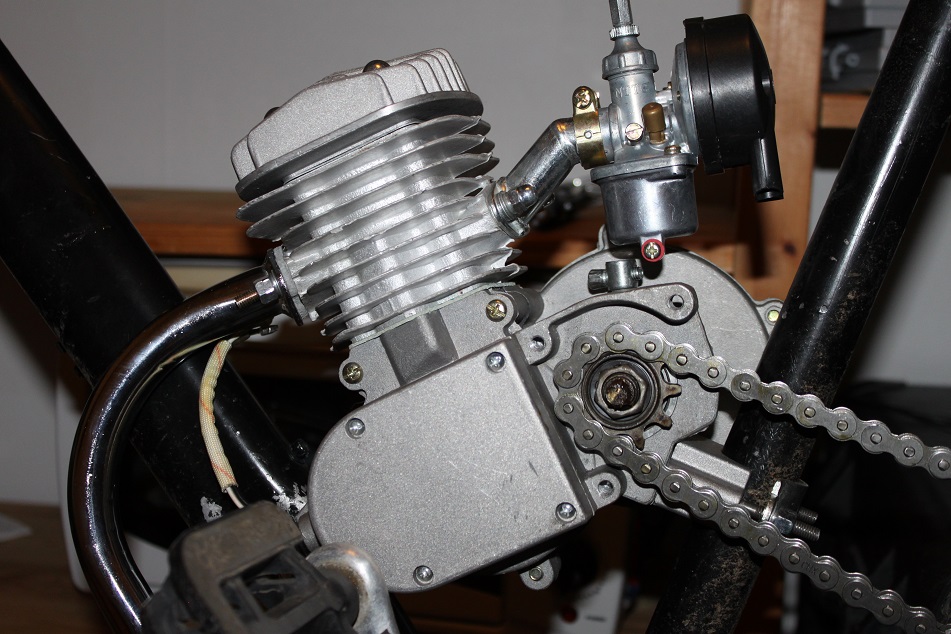 The sprocket on the motor which drives the chain has a very interesting way of initializing the clutch. There is a spring loaded half cylinder like seen below. When the cylinder turns it pushes against the rotating sprocket, pushing in the entire drive. This then influences the clutch on the other side of the motor, releasing the piston from the drive. 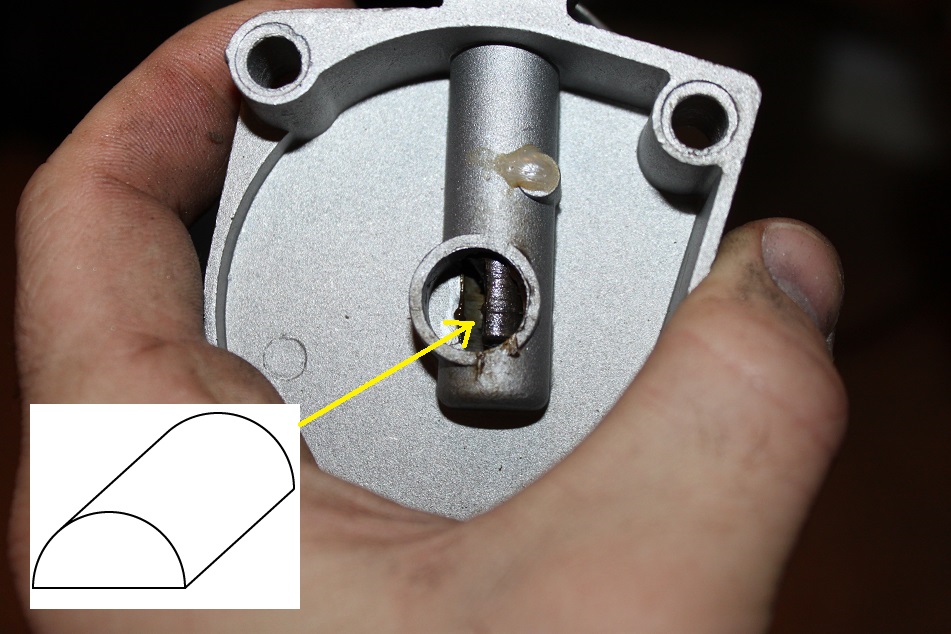 After the entire thing was built I took it on a 12 mile ride to the sea side. It worked great! 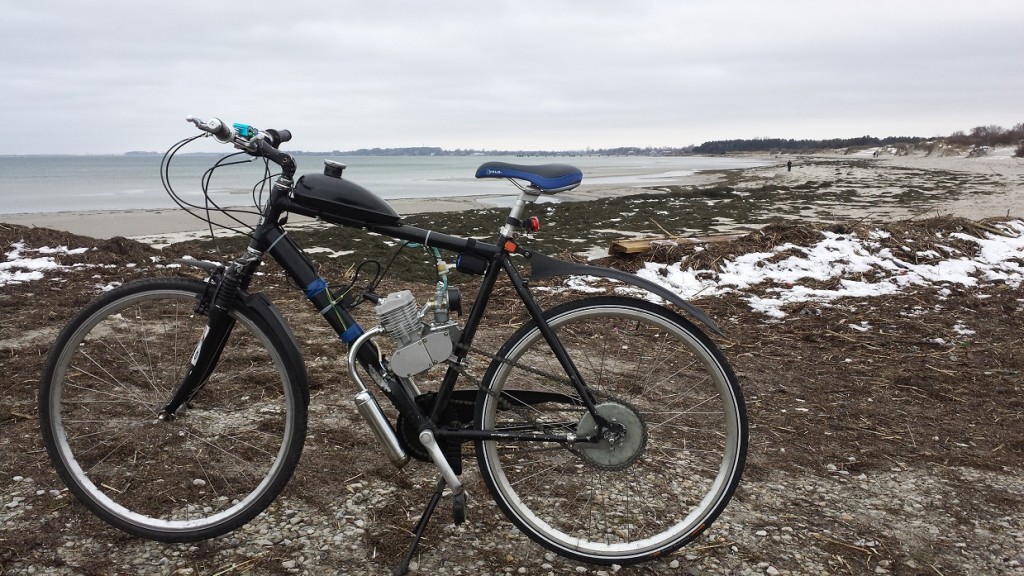